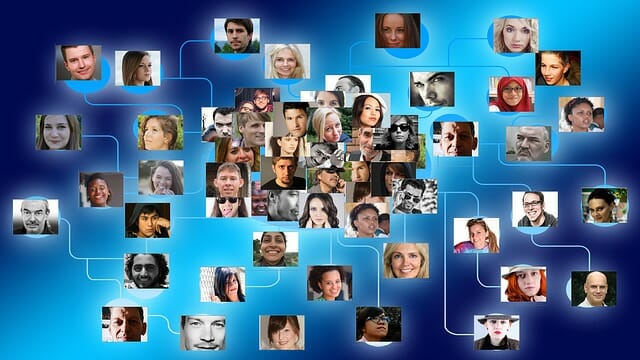 This is the latest opportunity for local residents to describe how inadequate services such as Social Security, Medicare, and Food Stamps make their challenges even more difficult.  By showing that personal vulnerability is based on circumstances rather than income or race, the Series demonstrates that “There but for the Grace of God go us.”

The Family Town Hall Series continues through at least June 2.  For more information, please contact For The Family at [email protected], visit www.StrongerCommunity.com, or call (800) 355-6788.

Beulah Baptist Church in Tampa was the scene for the opening Spring Forum last Thursday.  It was sponsored by For The Family, Inc. along with the Hillsborough Chapter of the NAACP and Pastors On Patrol.  We’re very grateful for their support.

There was a strong turnout.  57% of the audience either receive food stamps or know someone who is.  The corresponding figures for Social Security was 63%, 39% for Disability benefits, and 27% for Medicare.  Meanwhile, 53% either knows someone who relies on Medicaid or now receives those benefits.

The Forum coincided with the release of more evidence about the increasing vulnerability of the middle class.  For example, the Wall Street Journal reports that 80% of Americans don’t have enough savings to weather another economic downturn as seen in 2008.  Fewer than 1/3 of adults ages 25-34 live in their own homes.  Meanwhile, the Pew Research Center found that the number of middle class households has declined in every part of the country.  Median middle class income has dropped by 5% from 2000-14.  Among other things, that means more people may have to eventually have to rely on Food Stamps and other services.

Forum moderator W. Ward Cox of For The Family pointed out that the Food Stamp program is in the process of being cut by $8.7 billion over the next nine years.  However, 1/6 of Americans already struggle to find enough to eat.  Meanwhile, seniors are being harmed by the lack of a Social Security cost of living increase in 2016.

NAACP member and lifelong Tampa resident John Bowden said that fewer people would need Food Stamps or other services if there were more businesses that provided more jobs.  He added that “these days, there are no other choices.”  Pastor Jerry Nealy of Friendly Missionary Baptist Church said that “Tax cuts dismantle our capacity to give vulnerable families what they need.”

Tanya Johnson-Williams of Manifestation Church added that “it’s traumatic to mothers, veterans, and others who have to overcome red tape” in obtaining services for which they are entitled.   She also cited how all Americans are more at risk because of budget cuts that reduced the number of federal inspectors who monitor the quality of food, medicines, and the environment.

Dr. Carolyn Collins is a former Hillsborough NAACP President who realizes that additional factors come into play.  One example is “a service we have failed that we are mandated to give people is education.”  She strongly believes that until this issue is addressed with the attention and financial commitment it deserves, far too many people will be unable to attain their potential.  Her sentiments were echoed by Hillsborough NAACP Education Chair Saba Baptiste: “When do we start?  Until we decide that, we’re going to come back to this Forum and debate again.”  She worries that even the people who successfully obtain their high school diploma will be more likely to agree to things that are not in their best interest because they cannot read or write well enough.

Hillsborough NAACP Vice President Joe Robinson believes that seniors are especially vulnerable because they can fall prey to signing away their property in reverse mortgages.